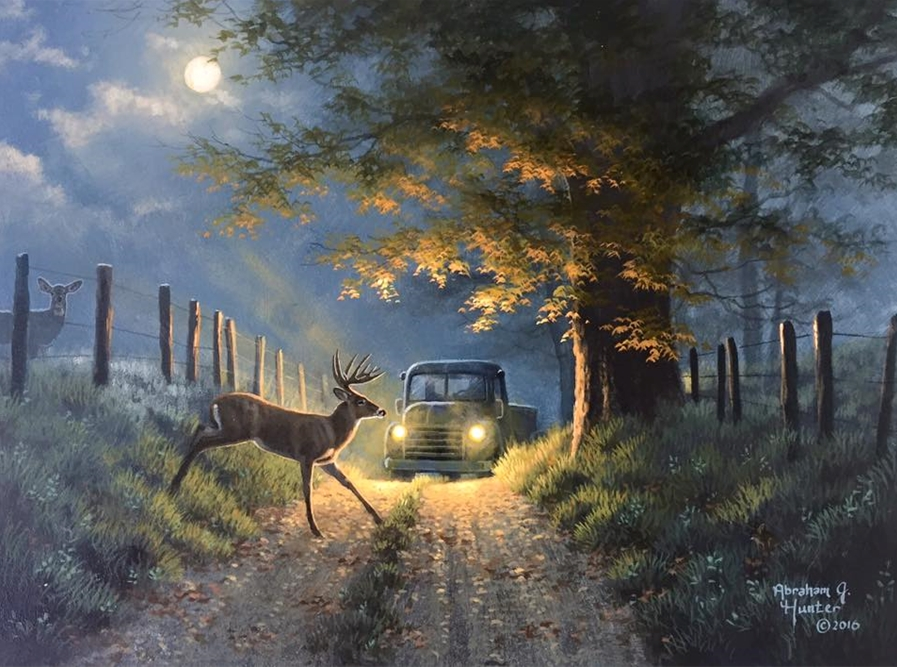 Years ago, I visited Cades Cove in Tennessee for the first time. I arrived before sunrise and was shocked at all of the wildlife that seemed to be fearless of my presence. I began snapping photos of a very large whitetail buck beside the road. He was so majestic in the dense fog. Right then, I gained the inspiration for this painting. I’m so excited that I now get to share it with you! The moon is rising on a crisp early October night during the peak of the whitetails’ mating season. A farmer slowly drives down a gravel road after the days work. The only sound is the classic oldies country station crackling over the radio as the gravel rumbles beneath the old truck’s tires. He slows to a stop as this proud buck gracefully races across the road in front of the glow of his headlights. This is the same majestic buck I saw all of those years ago. I saved him in my memory for when I could immortalize on canvas the feeling he gave me of being so close to one of God’s creatures. Everyone who has taken this gravel road in Cades Cove can pick out exactly where this is. I hope you feel as though you are driving down that road in that old truck every time you look at Deer Crossing.