Praying for America by Mark Keathley 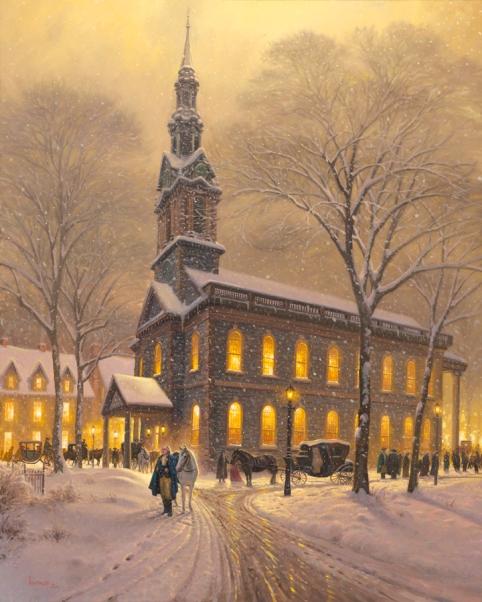 George Washington was a unique figure in the history of the world. In fact, the King of England said that George Washington was the greatest man on the earth simply because he disbanded his army and chose to be a servant to his new country rather than an emperor. For millennia, the opposite had been true. The most powerful men in civilizations stood atop their palaces or ziggurats and declared their divine right to rule over people. With armies to back them up and the obligatory religious leader to scare people into submission, kings and emperors dictated everyone’s needs and way of life. With resolute humility and a passion for human dignity, George Washington, on the other hand, believed that each man on Earth was equal with the next, sovereign individuals with divine rights of their own all deserving liberty and all guaranteed justice under common law. He believed that government should be put in place to secure the rights of these sovereign individuals and men should never again (in America at least) be destined to the age-old domination of command and control monarchs – ruling over the people. In fact, he was so humble that he refused many of the titles people gave him and humbly asked to be called Mr. President.

In this painting, “Praying for America,” I’ve chosen to portray President Washington taking a moment to pray for his new nation. I imagine him praying that the aforementioned purpose and destiny of this new republic would survive against the evil forces of the world. He stands in front of the church he attended when the nation’s capital was in New York City, Saint Paul’s Chapel, which remains to this day and rests in the shadows of Lower Manhattan. If one could follow his gaze today, the president would be looking directly at the empty space where the World Trade Towers would one day fall in an evil plot to usurp America’s liberty and put a command and control government in its place. St Paul’s Chapel served as a resting place to first responders during the 9-11 crisis and symbolizes the rest that is only possible when people are free from tyranny. I hope this painting inspires and reminds you to pray for liberty. Recognizing the right of liberty as a gift from above, personal liberty and responsibility were hammered out in the constitution in an effort to limit the ability of anyone to ever dominate the sovereign individuals of the United States of America. We often pray for peace, but I encourage you to pray for liberty as did our founding fathers. Will you pray with George Washington? “Father, please don’t let the enemies of liberty have the victory this day or ever in our future. I offer all that I am as your servant, to lead this nation back to the liberty it was founded on.”

Above prices represent Publisher suggested issue release price.  Each Gallery is independently owned and operated and prices may vary
Also, Limited edition art may sell for higher prices on the secondary market after they are sold out