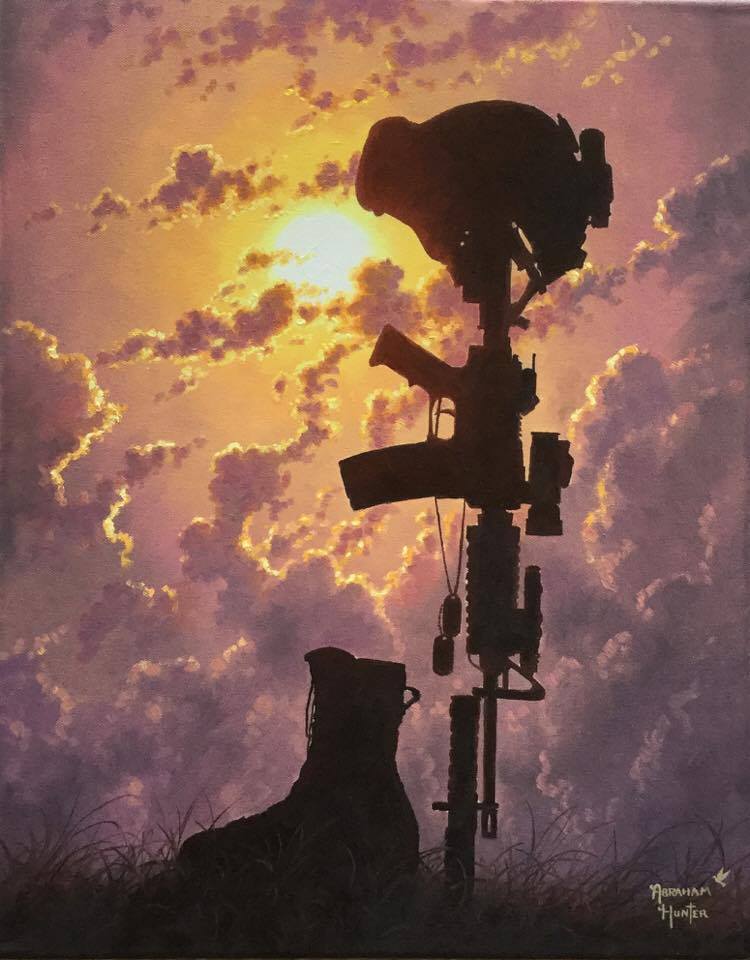 “Only the dead have seen the end of war” —Plato

The Fallen Soldier Battle Cross or Battlefield Cross is a symbolic replacement of a cross, or marker appropriate to an individual service member’s religion, on the battlefield or at the base camp for a soldier who has been killed. It is made up of the soldier’s rifle stuck into the ground or into the soldier’s boots, with their helmet on top. Dog tags are sometimes placed on the rifle, and the boots of the dead soldier can be placed next to the rifle. The purpose is to show honor and respect for the dead at the battle site. The practice started during or before the American Civil War, as a means of identifying the bodies on the battleground before removal. Today, it is a means of showing respect for the dead amongst the still-living members of the troop. It is commonly seen in the field or base camp after a battle, especially among American troops in Afghanistan or Iraq. While it is used less today as a means of identification, it still serves as a method of mourning among the living, as attending the funeral is not always possible for soldiers still in combat.