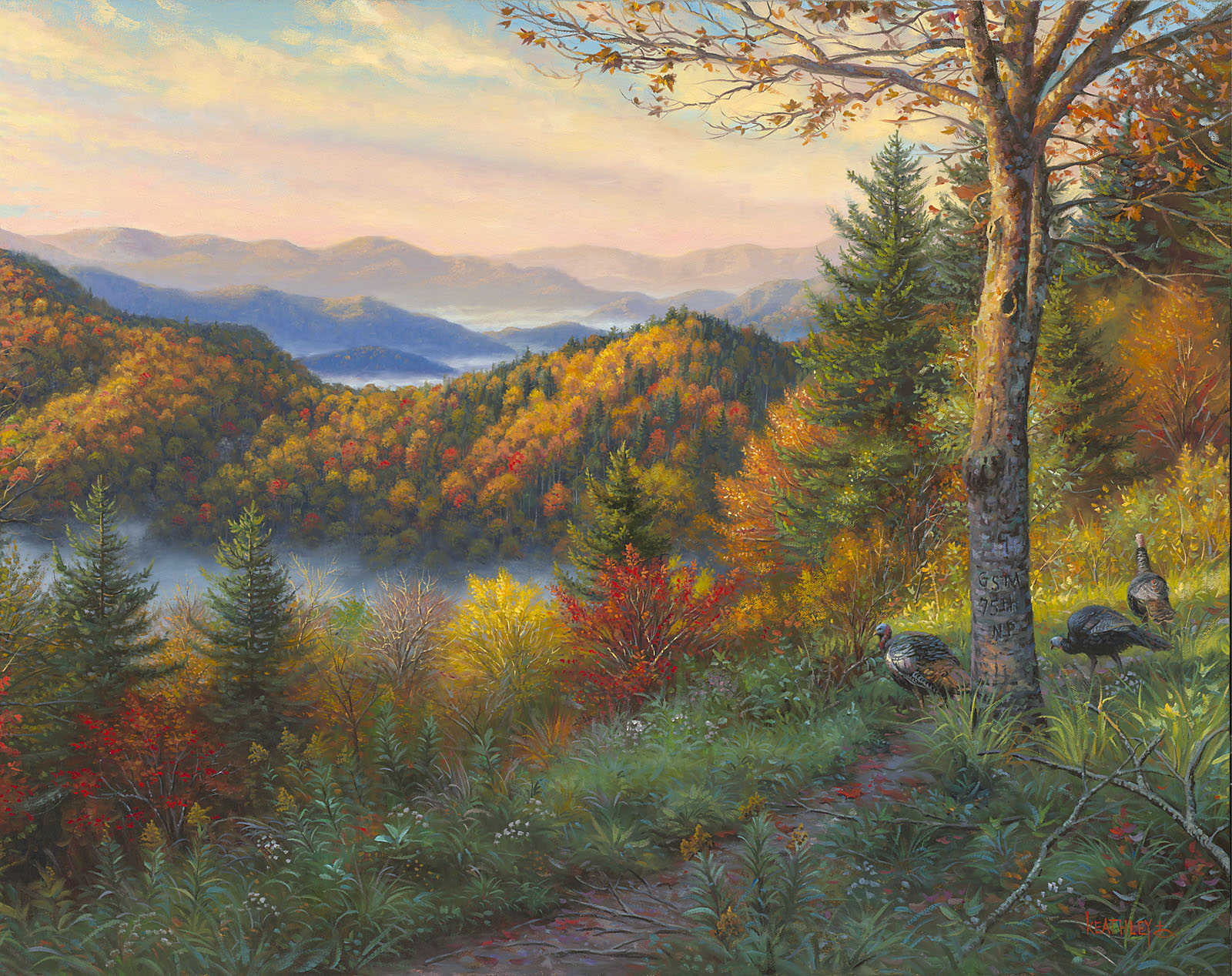 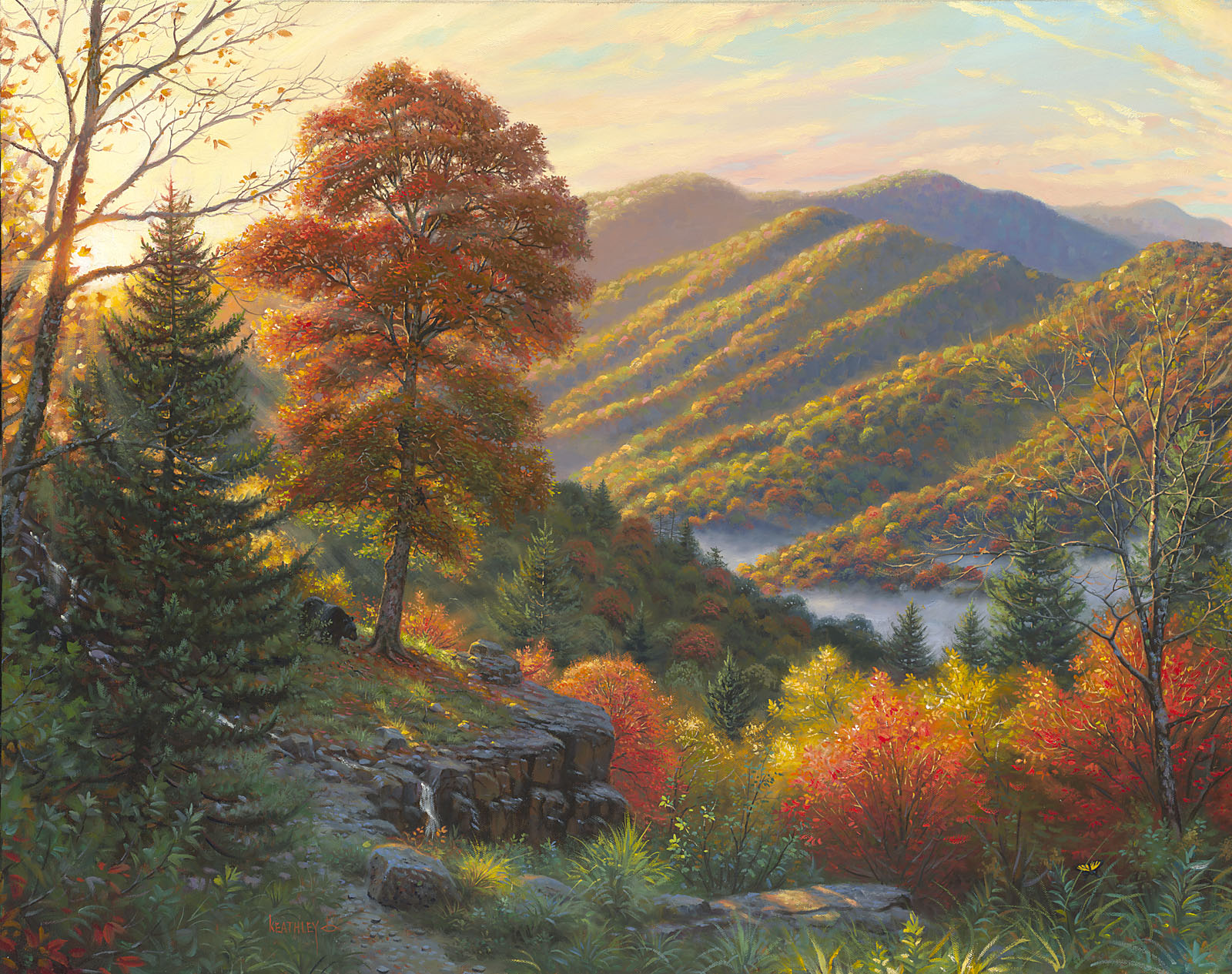 Newfound Memories —  a painting commemorating the 75th anniversary of the Great Smoky Mountains National Park. I went to Newfound Gap last October when the fall colors were eye-popping, and I happened to take several photos.  What a place! As usual, the photos didn’t capture the scene. To my slight irritation, neither did the painting I created. Yeah, it was a nice painting, but it lacked the grandness that was in my memory. So, I tried again, painting another 24×30 painting, determined to make this one work. Well, midway through, I was comparing the two and asking visitors to my studio which one they liked better. One afternoon, we had them sitting side by side and “Wow!”  There it was! The two paintings fit together like one. (I had to make a few minor adjustments, but together they captured it!) Because of this, we are releasing three prints from these two paintings. One “Left,” one “Right” and one Panorama of “Newfound Memories”… one of the most famous vistas in the park going over the pass from Tennessee to North Carolina.       — Mark Keathley

Sizes and suggested prices of Newfound Memories I (Left Side): • SOLD OUT •

Sizes and suggested prices of Newfound Memories II (Right Side): • SOLD OUT •